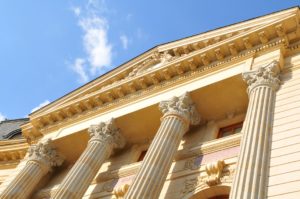 In Frank DiTommaso’s eyes, justice was finally served. That’s because the court rightly realized that the false allegations from a plaintiff — who wasn’t credible in the first place — couldn’t stand up on their own. The ruling, which found the assault charges against Frank DiTommaso to be questionable at best and fabrications at worst, stems from an Oct. 30, 2017 hearing before New York City Criminal Court Judge Curtis Farber. In the end, those charges would be dropped and the man who made the allegations was finally seen as the deceiving ex-con he truly is.

According to transcripts from the hearing, it became apparent that the plaintiff who legally challenged Frank DiTommaso had a “major credibility issue.” Those are the words of Judge Farber who heard from DiTommaso’s lawyers as well as others involved in the case. It would be an omission of pertinent facts to not note that the plaintiff in previous court filings had claimed assault and physical injuries, which were also found to be false. According to previous media reports, the plaintiff who is a former New Jersey resident is also an ex-convict with a lengthy criminal record.

During the 2017 hearing, Assistant District Attorney Robert Walker agreed that the case should be downgraded from a felony.  “When I actually spoke with some of the doctors involved in this, I was not satisfied with how they conducted their examination. They were not familiar, actually, with the facts that they had examined the complaint in this matter,” Walker said in court, adding that additional testimony provided by DiTommaso’s attorney “cast doubts on whether or not the plaintiff’s injuries were valid.”

Not only had Frank DiTommaso previously entered a “not guilty” plea, he planned to fight the allegations against him. However, the plea deal he accepted before Judge Farber was an even more favorable result and he agreed with the reduced charge of a disorderly conduct ticket, which is a simple violation and neither a crime nor misdemeanor. According to Frank DiTommaso, he’s happy to have this case – which dates all the way back to 2015 – finally behind him so he can continue with his professional career.